This Cotoneaster was collected from a Quarry back in 2009. In the Quarry it hugged the ground and the branches rambled for some 4 feet or so. It's a case of slowly cutting back to find the centre before digging. Styling took place in the Summer of 2010. 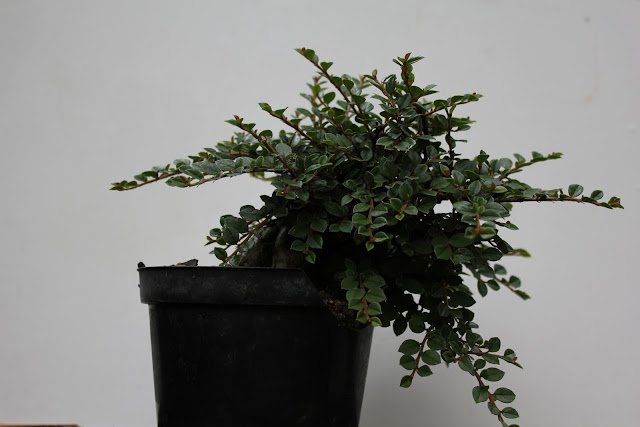 The tape measure shows the scale of the tree. I have a rather nice Stone Monkey pot to put it in.http://www.stonemonkeyceramics.co.uk/ 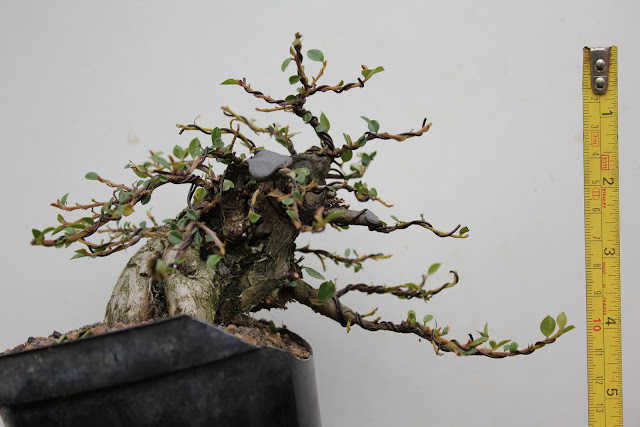 It actually took longer to remove the leaves than the wiring and styling. 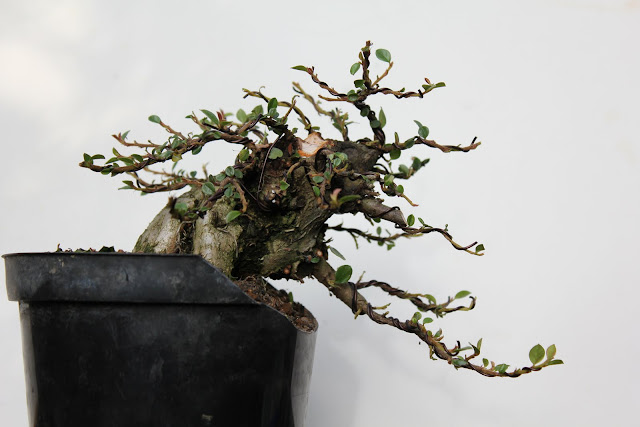 Just over 2 months on and it's filling out very nicely. Shouldn't be too long before a mature image is achieved. 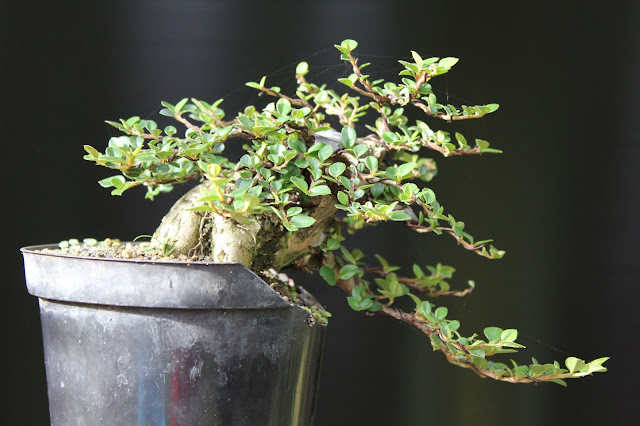 In the Stone Monkey pot, Spring 2011. It will be placed more centrally at the next repot as there was an important root that needs reducing. 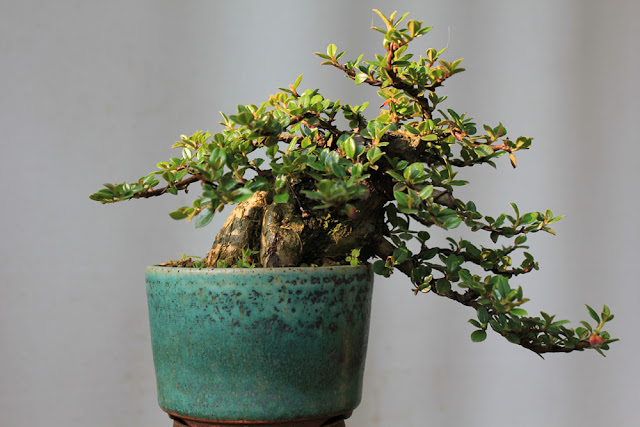 The flowers in May 2011. They don't open any more than this but seem to get fertilised ok by the Bees. 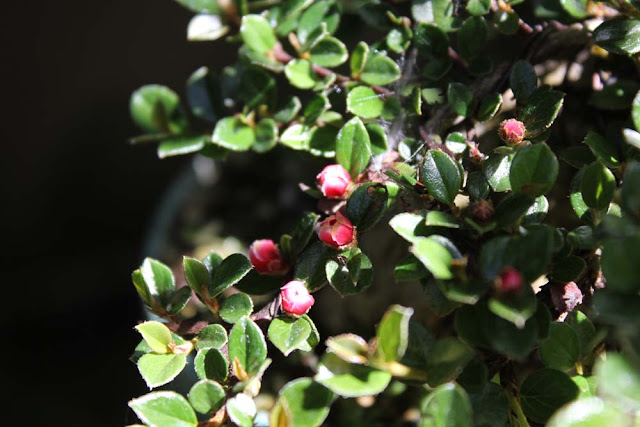 Feeding at every watering seems to be paying off. 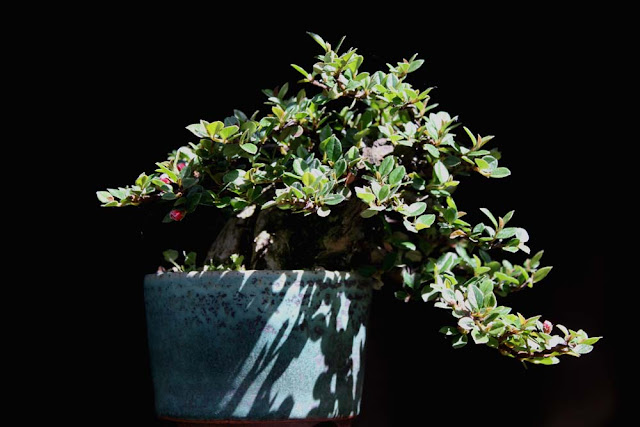 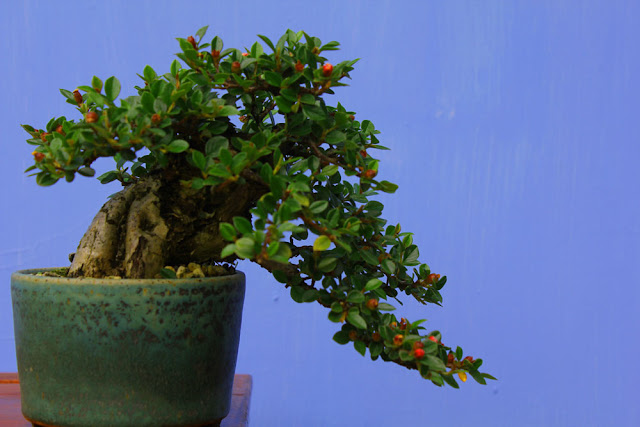 Same time of year with my hand for scale 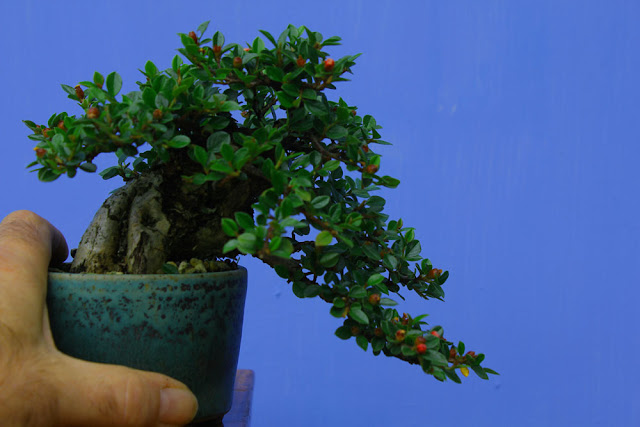 July 2012 and time for a second wiring 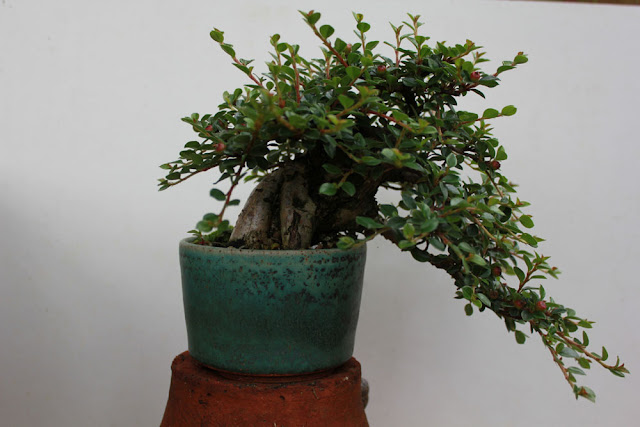 More or less a total leaf prune and wiring. I will get a better picture when it stops bloody raining. 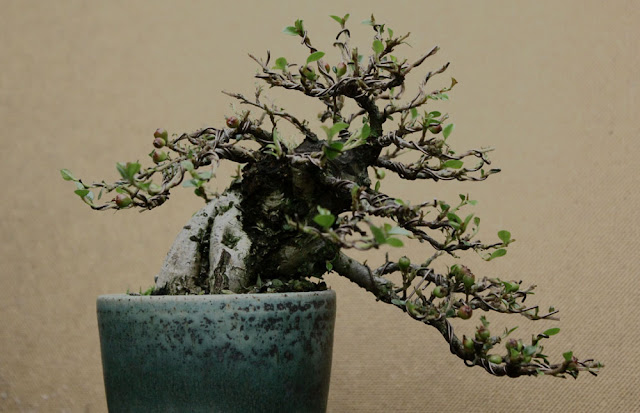 There, told you the sun would come out 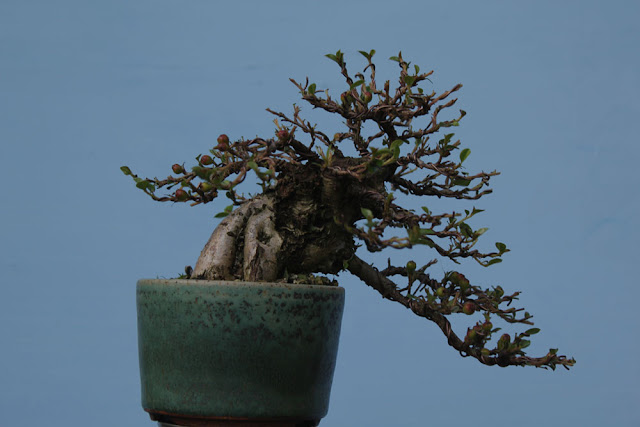 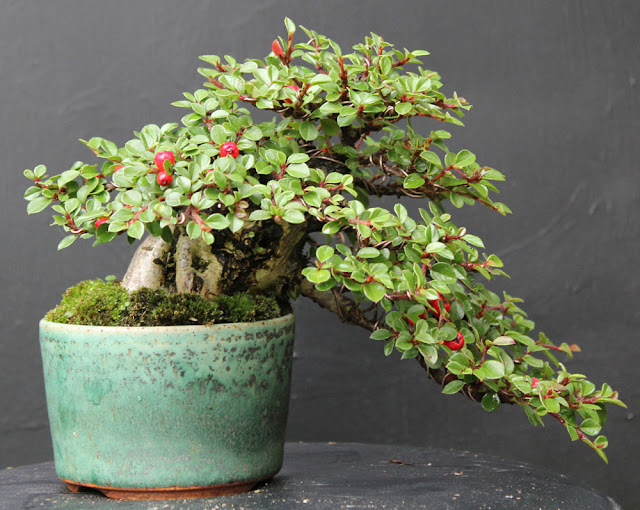 Posted by Wildwoodbonsai at 1:40 PM