Back for my fourth year at the Bonsai Nan Kai club weekend workshop in Denmark. Lots of trees and students to work with. Here are a few before and after pictures of some of the material. Lots of Pines but because of the long Winter, the needles were still soft and easily damaged so fine wiring was left and only structural work was done.
First up is a Swedish Pinus sylvestris that was styled by Kevin Willson 6 years ago. The tree was discussed and the lack of cohesion between the base and the canopy. 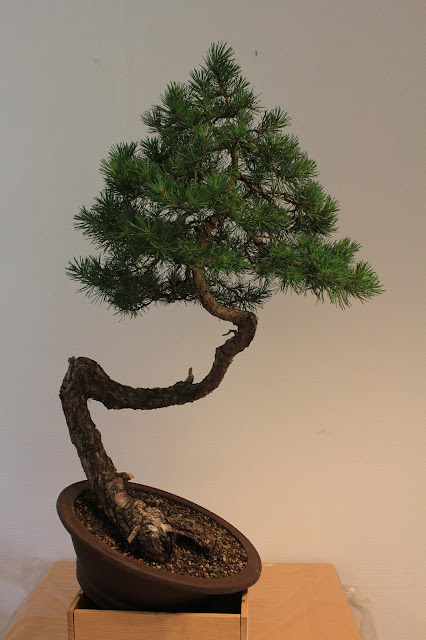 The trunk has a nice line, great bark and some fantastic deadwood features 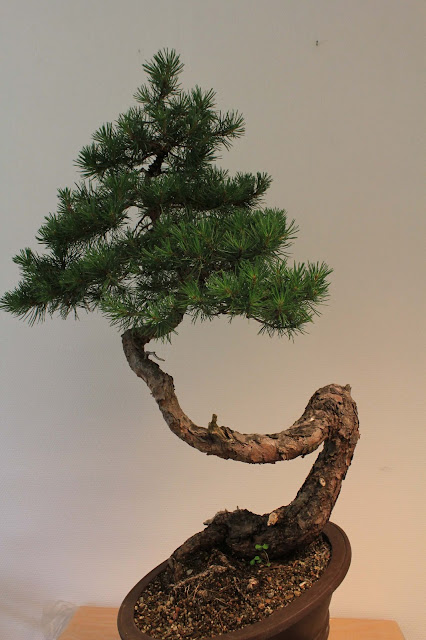 As I mentioned earlier, it is a bad time to touch the needles as the new ones are very soft and easily damaged so only structural work was carried out with the use of guy wires. 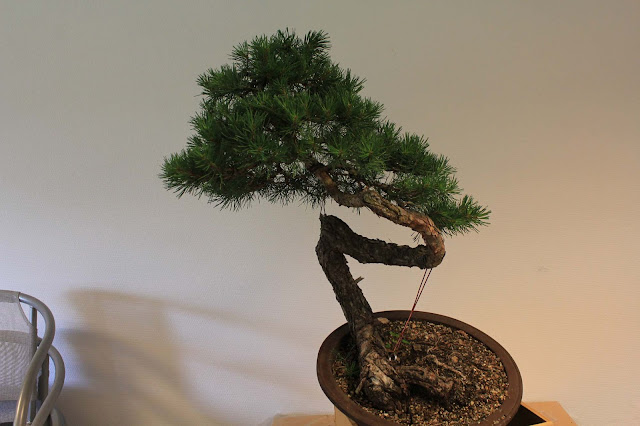 The trunks apex had wire on the main branches and were carefully rearanged to soften the pointed apex. 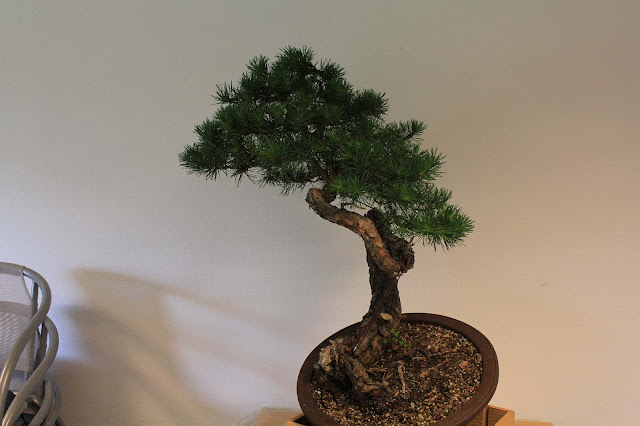 Finer detail will be carried out when I return next Spring and I think this tree has a lot of potential. 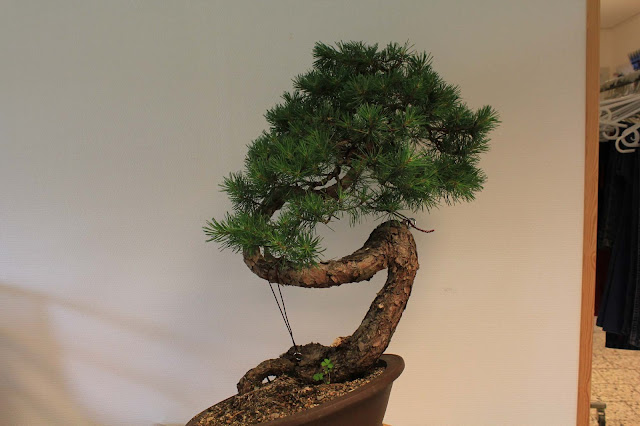 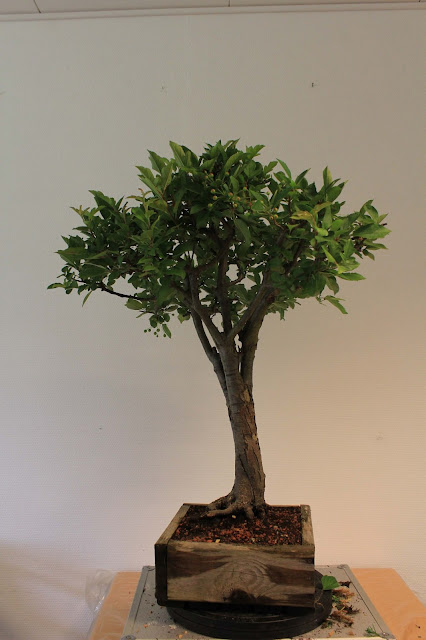 There was a very straigh trunk in the apex that was removed to leave two main branches. The rest was wired and pruned to induce some back budding. 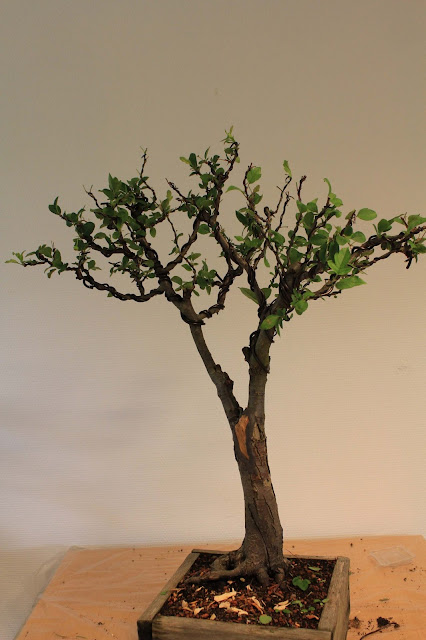 Juniperus Chinensis. The primary and secondary branches were wired and shaped but the finer foliage will be wired and placed next year. 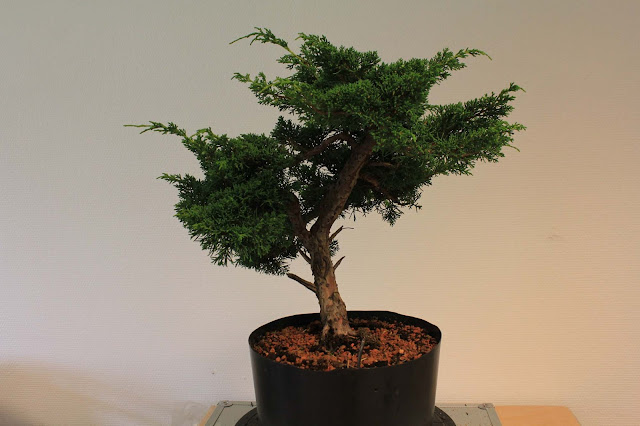 A change in orientation adding interest to the trunk line 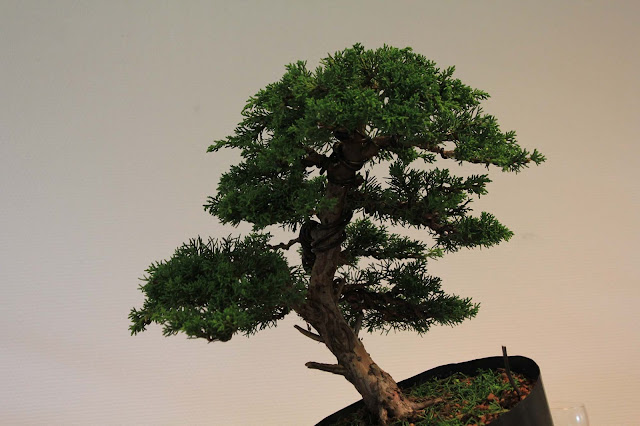 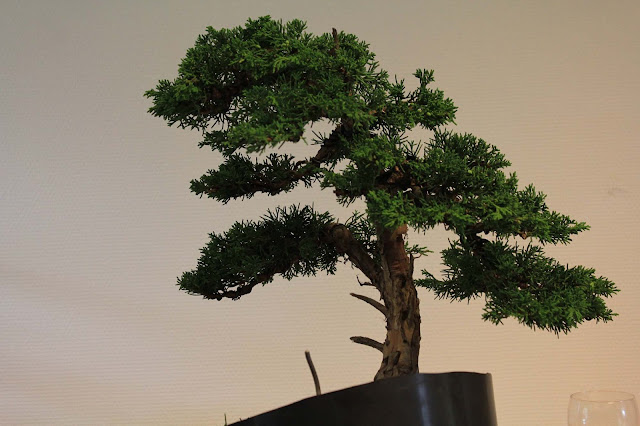 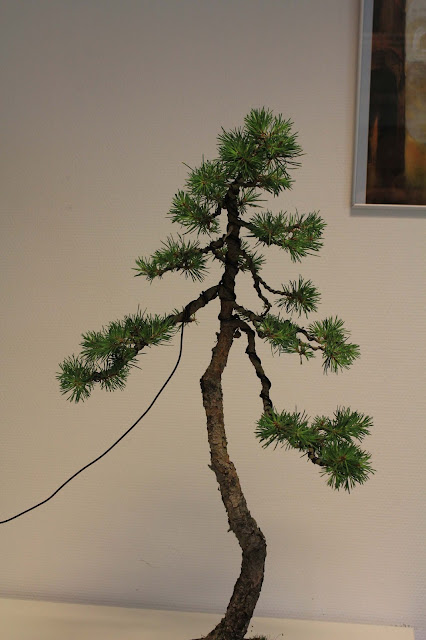 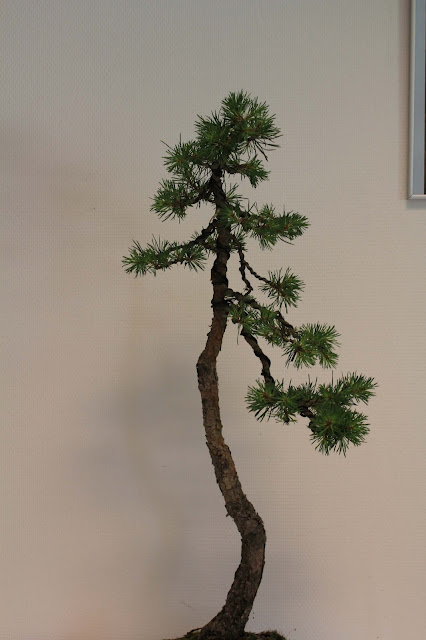 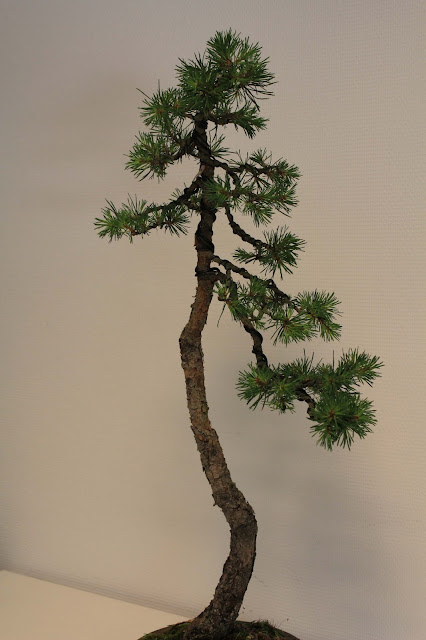 Twin trunk Swedish Pinus sylvestris. The lack of cohesion between the two trunks was discussed plus the fact they are similar heights. The right branch (trunk) was wrapped in Raffia and wired to bend forward and underneath the left apex 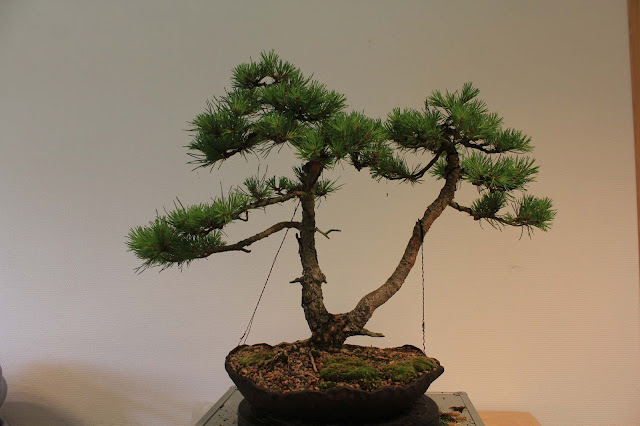 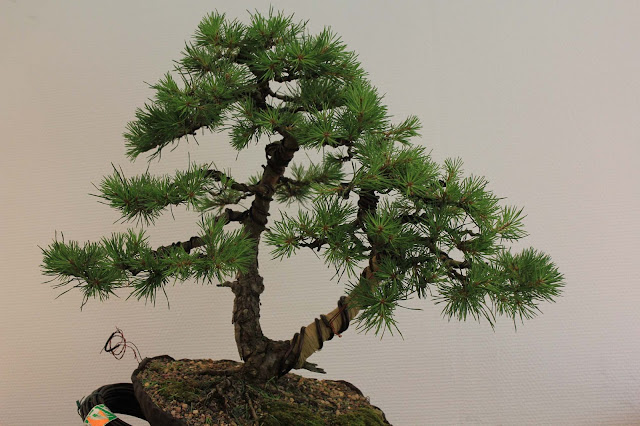 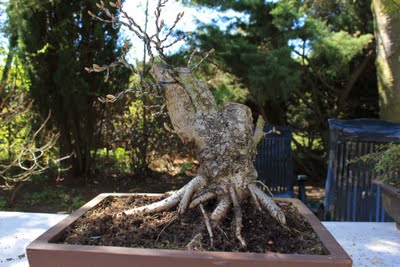 Some carving on the trunk and primary branches were wired and placed. Last year it received a strong cut back on all the apical buds to strengthen innner branches and induce budding (no pictures). This time the tree was wired after pruning hard again 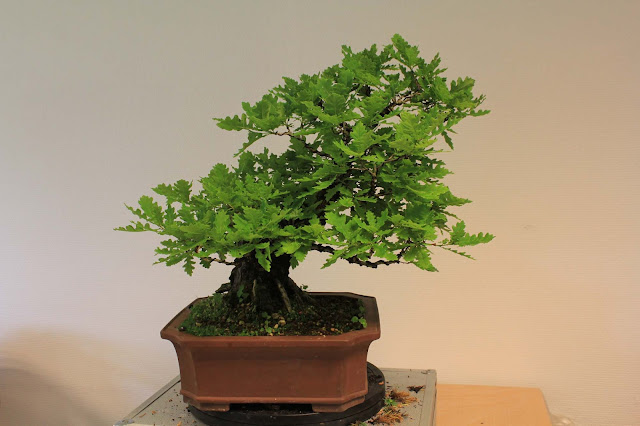 I recommended plenty of feed to strengthen any new growth. Coming on well 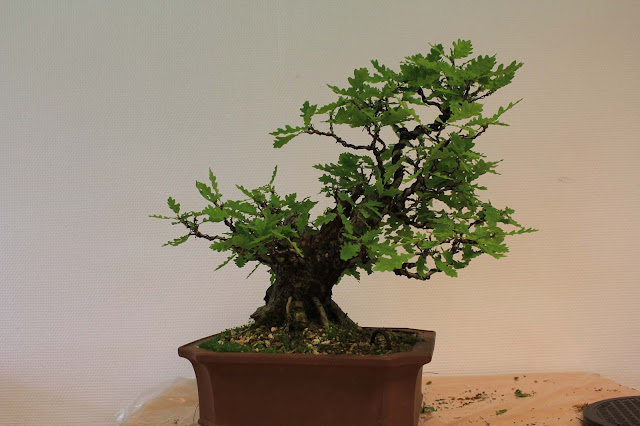 
Posted by Wildwoodbonsai at 8:49 PM