I bought this Taxus baccata  from Tony Tickle at the Best of British 2011. I was attracted to it by the movement it had throughout. A lot of Taxus have straight and rather difficult to bend sections. It had not been collected for long but was extending well. All I did was feed well for the rest of the year. 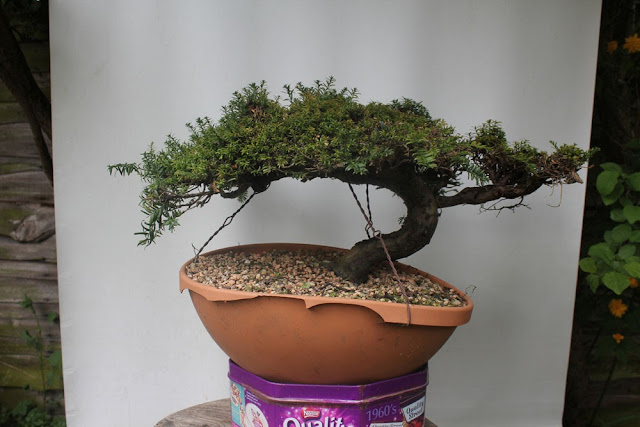 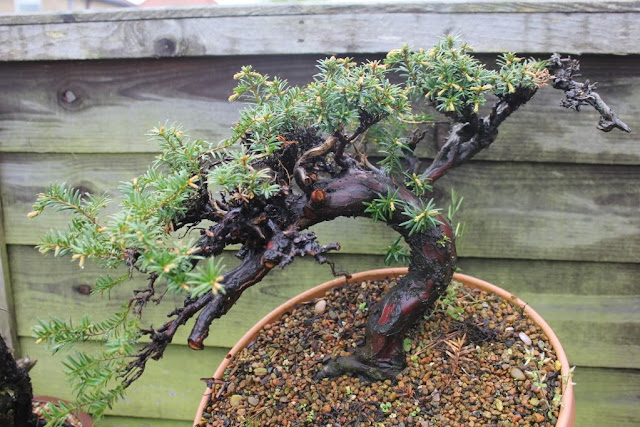 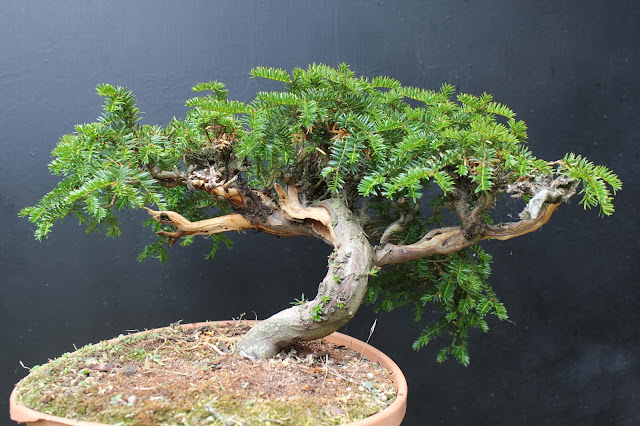 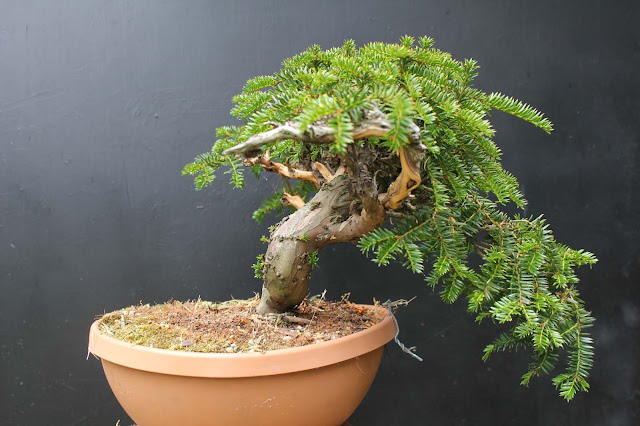 I like the idea of a semi cascade style tree but didn't want to create another green triangle amongst a whole                   load of deadwood. The other thing that bothered me was the lazy s shape in the trunk 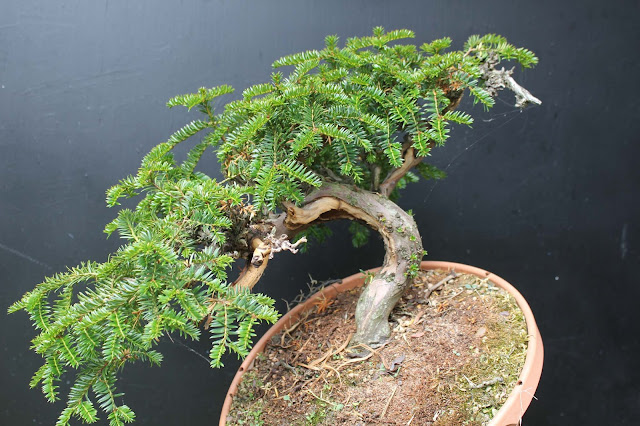 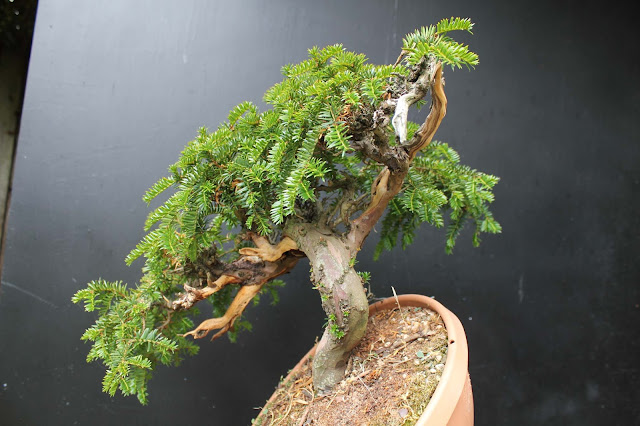 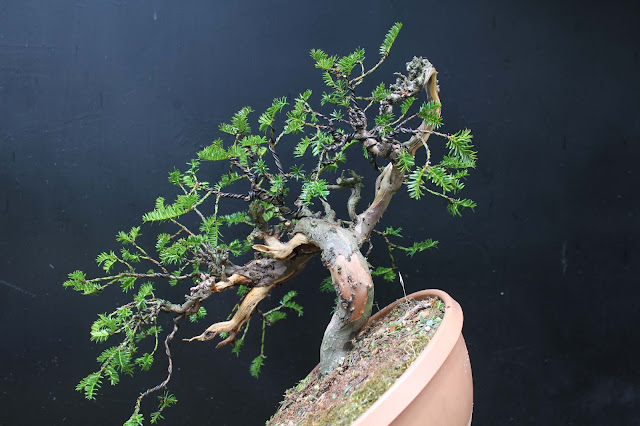 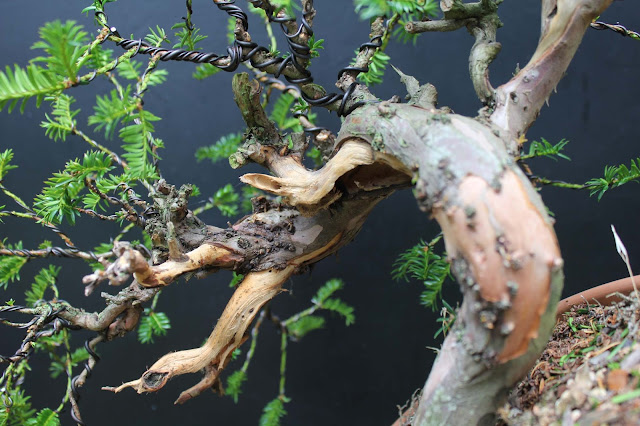 Once finished, the deadwood was wetted and treated to diluted Lime Sulphur 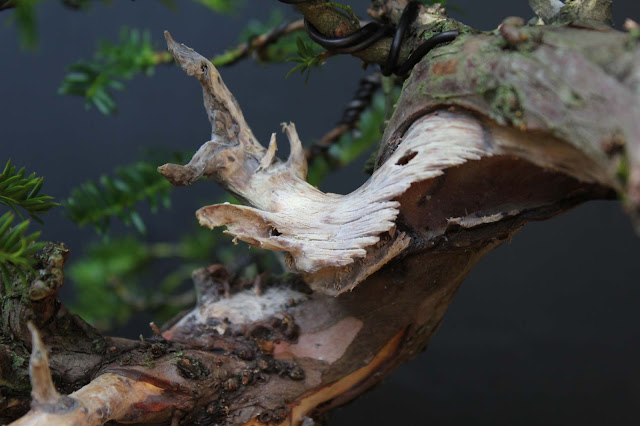 The right side after styling 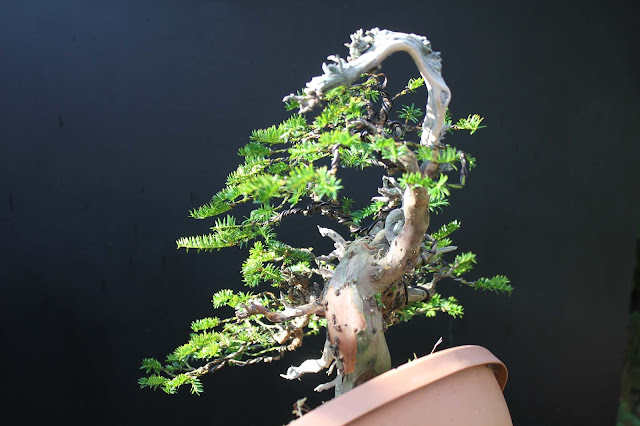 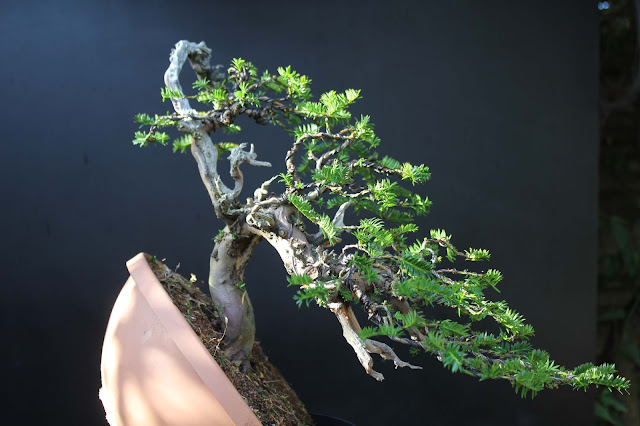 Now on it's way to becoming a bonsai. I always intended on the three canopies and the top one will eventually gel more with the rest of the foliage. I could have gone with a much smaller tree but felt this design was more individual and feminine but still with plenty of power and dynamism. 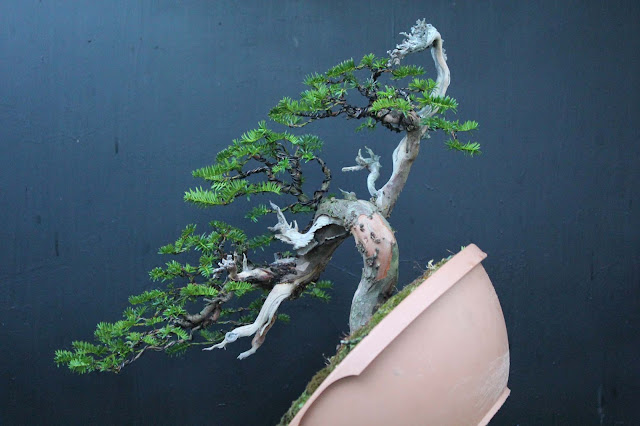 Posted by Wildwoodbonsai at 6:45 PM