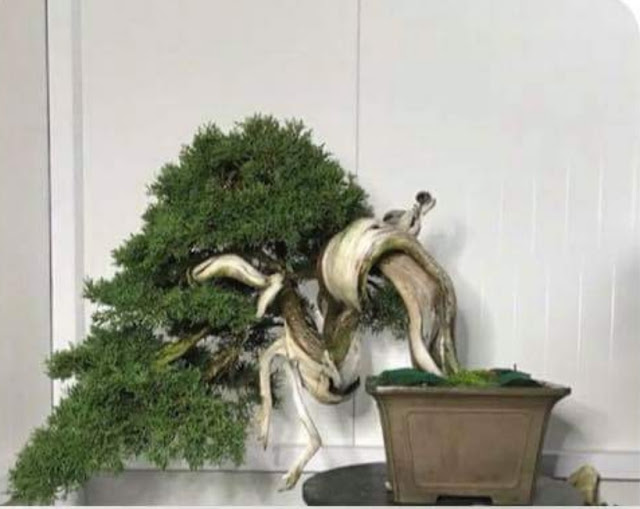 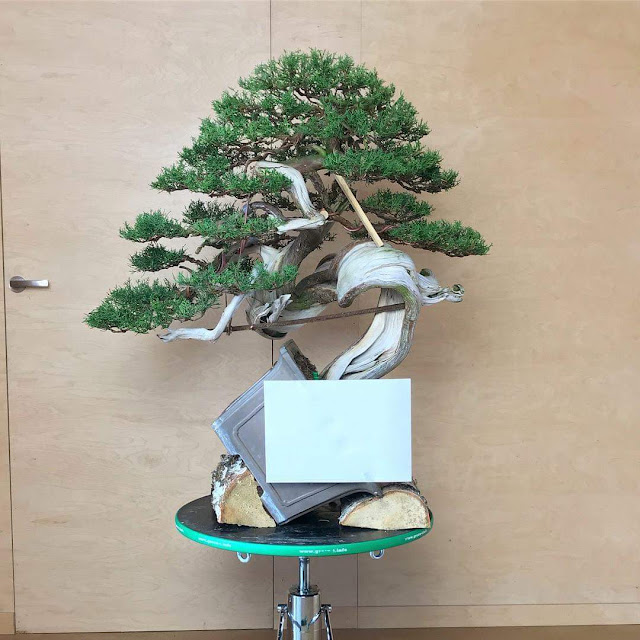 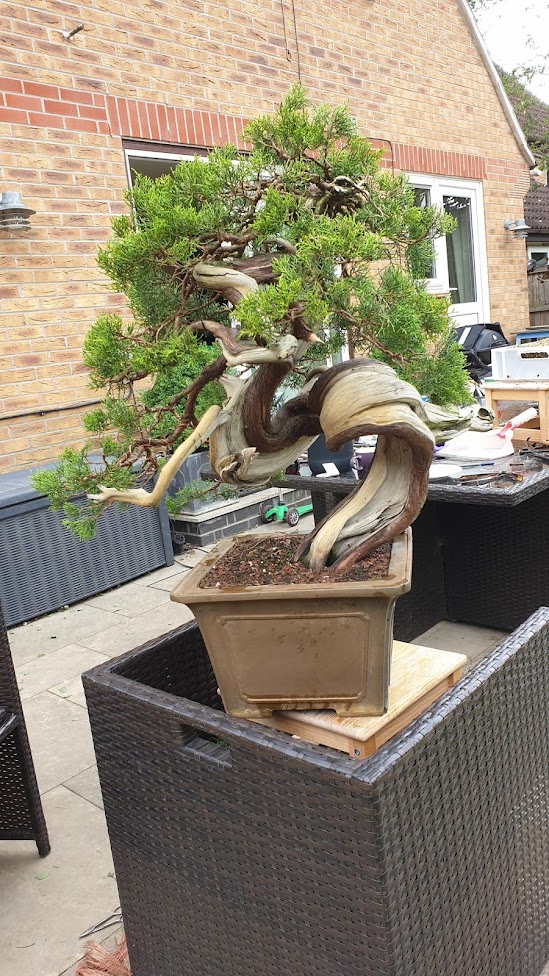 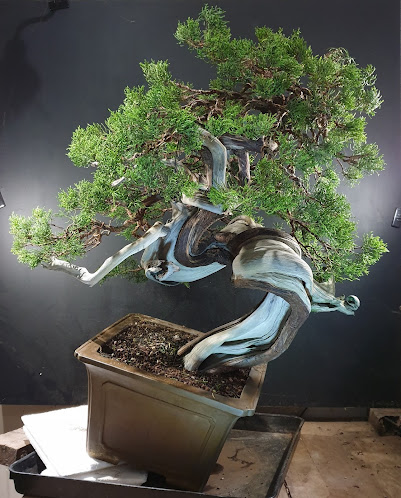 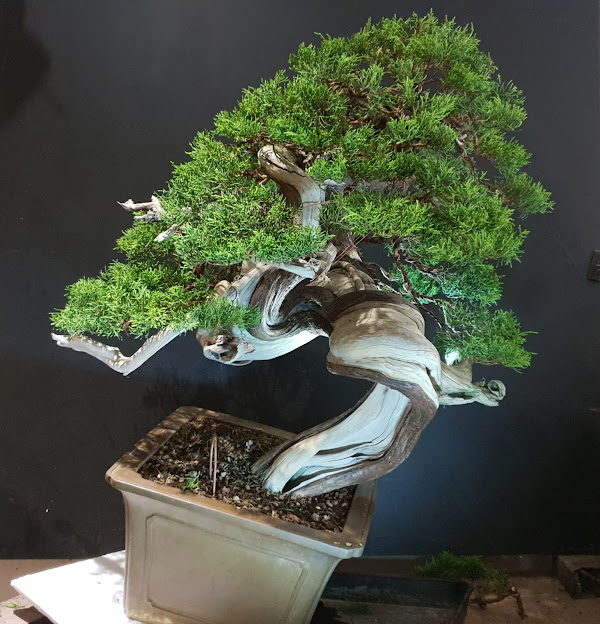 Posted by Wildwoodbonsai at 7:53 AM No comments:

Restyling work carried out on a small Itoigawa juniper for a customer. First two pictures its first styling in Poland by someone else. 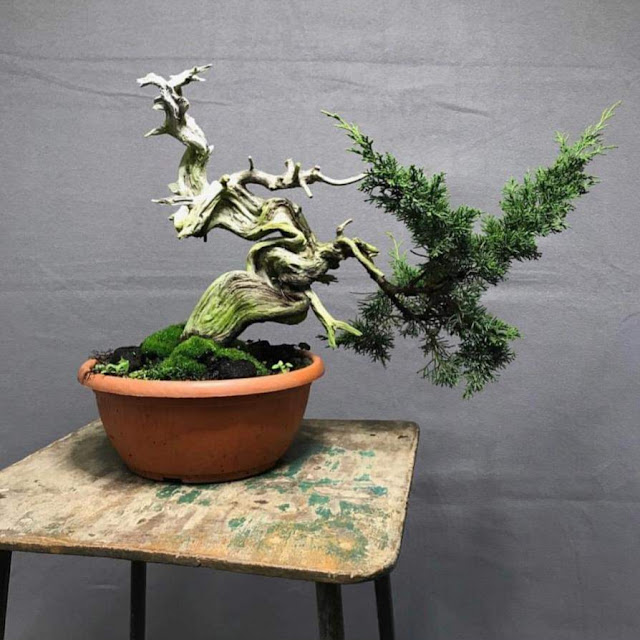 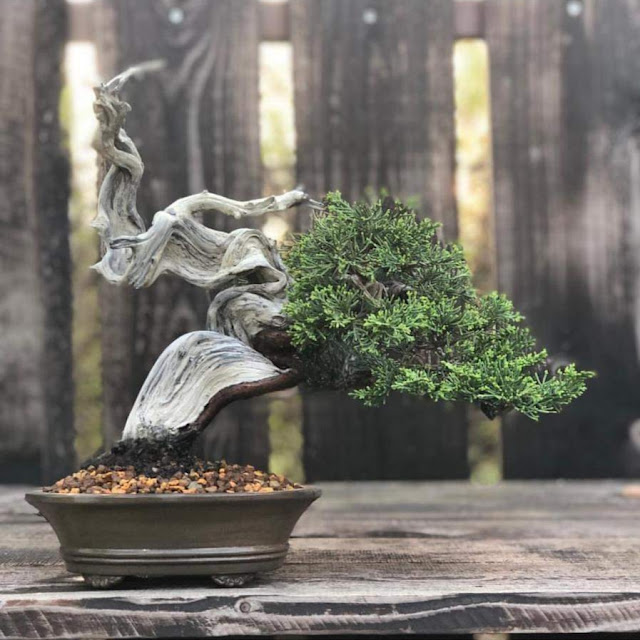 I wasnt keen on the line chosen. Too many (close to) horizontal and vertical lines 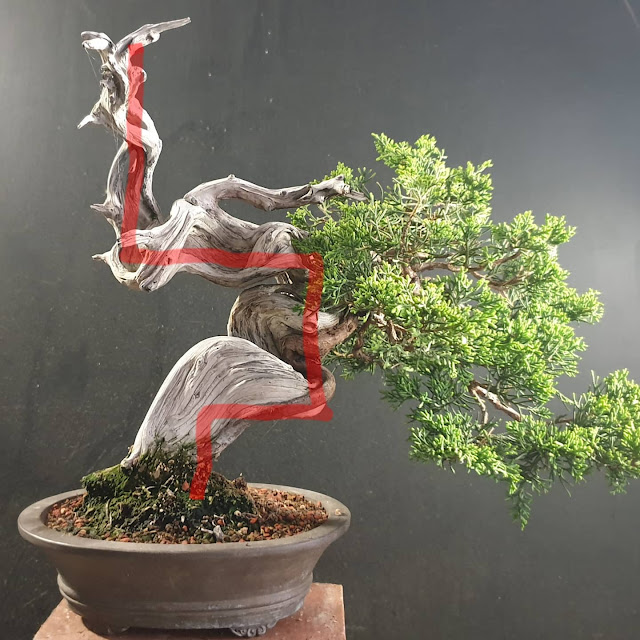 By changing the orientation the deadwood becomes dynamic. 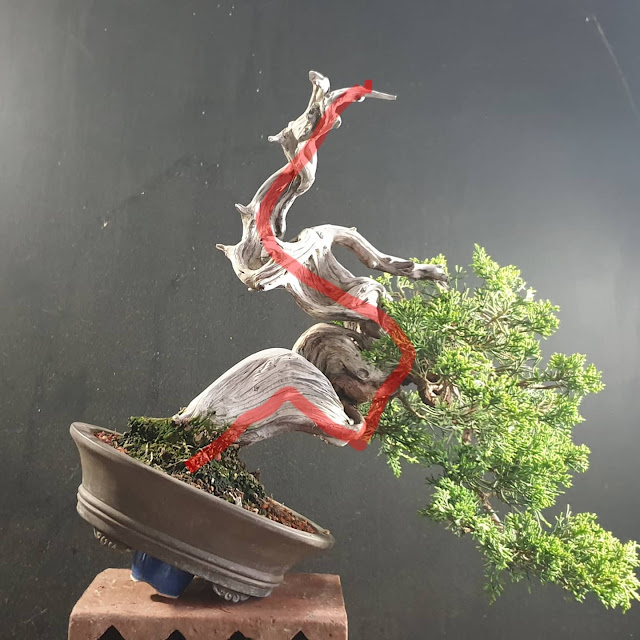 I wanted to open the tree right up as venerable and ancient trees have lots of separation. 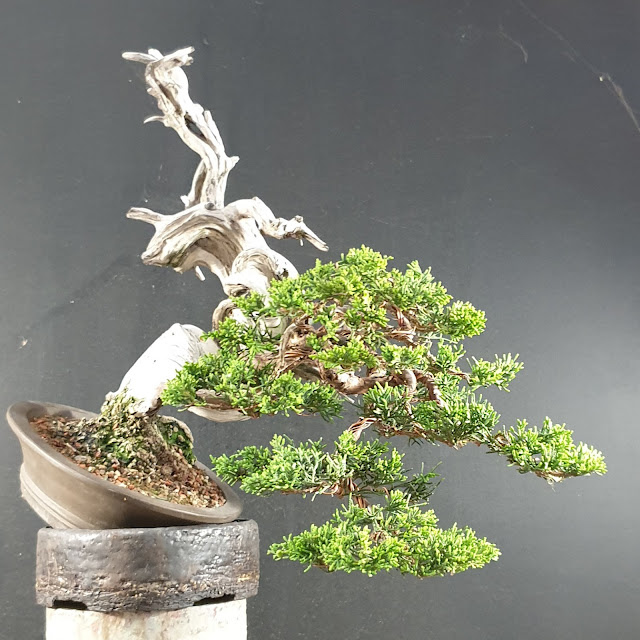 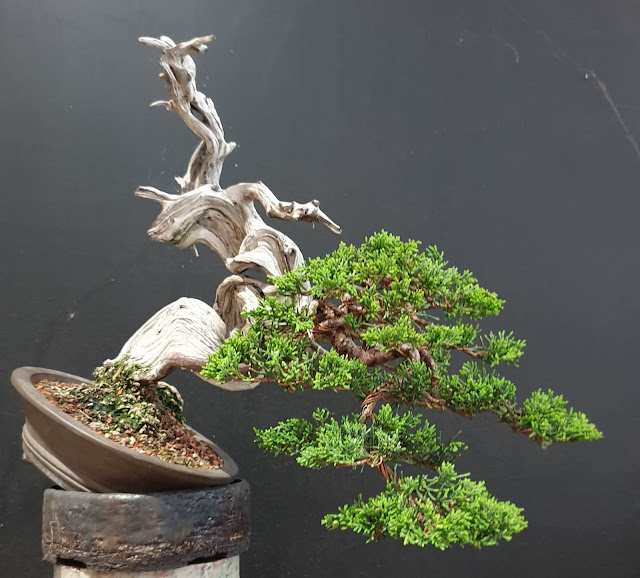 Posted by Wildwoodbonsai at 6:36 AM No comments: