I spent a lovely weekend up in Cheshire last weekend. A weekend of carving workshops run by the very talented and enthusiastic Simon Jones. Simon very kindly gave me a little Privet in a Walsall pot to take home with me. It was collected from a neighbours hedge last year and potted immediately in this cascade pot. 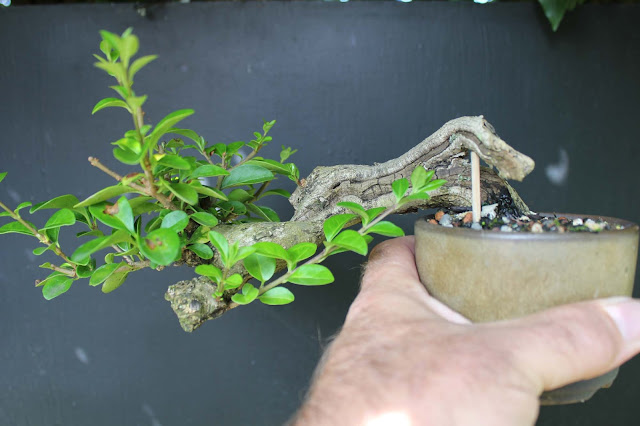 I thought a slight increase in angle would reveal a better line in the trunk and by rotating forward slightly would show better movement. The natural shari is a great feature but it is a bit fat in places. 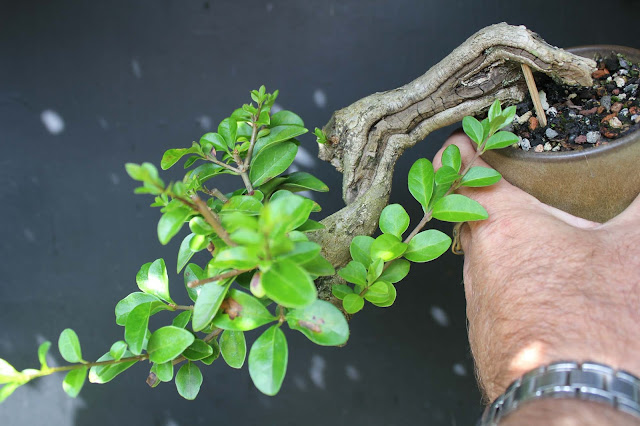 Although it is getting late in the year now, there is still time for growing. I decided to leaf prune to access and see how I could improve the lines. There were too many shoots and these were pruned out and the remainder were cut back to promote new shoots closer in to the trunk 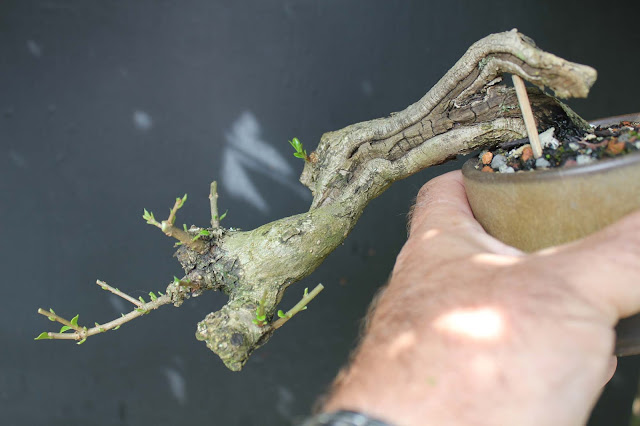 Two shari's were added to reduce the visual weight at the end and create more movement. The live wood is still too wide but as the tree callouses, the live will be cut back again to give the appearance of natural die back. 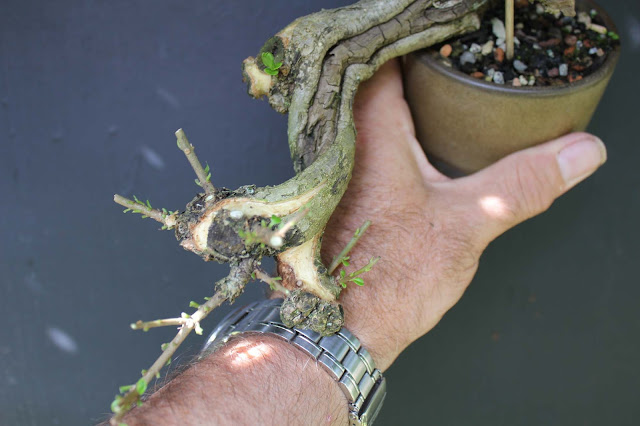 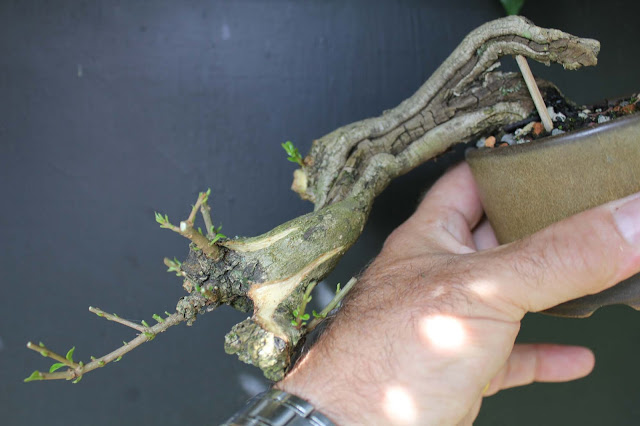 Once the new deadwood has seasoned I will add some delicate carving. I will keep it simple and let the weather do most of the work. It is more to do with the cut stubs where the tree was reduced.
The tree was then wired to add a little movement in the beginning of the branches.
Now back on the bench and given a good feed. 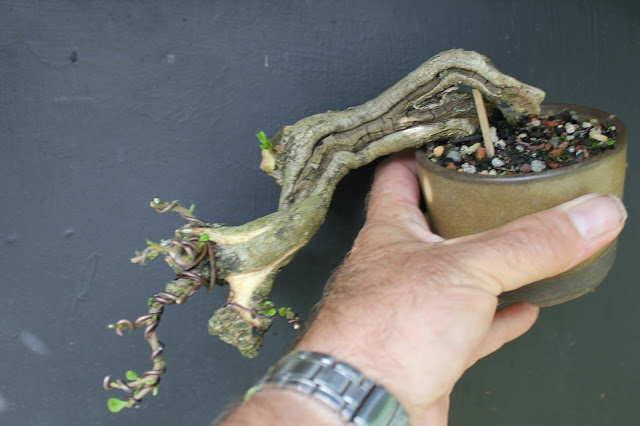 Posted by Wildwoodbonsai at 11:22 PM